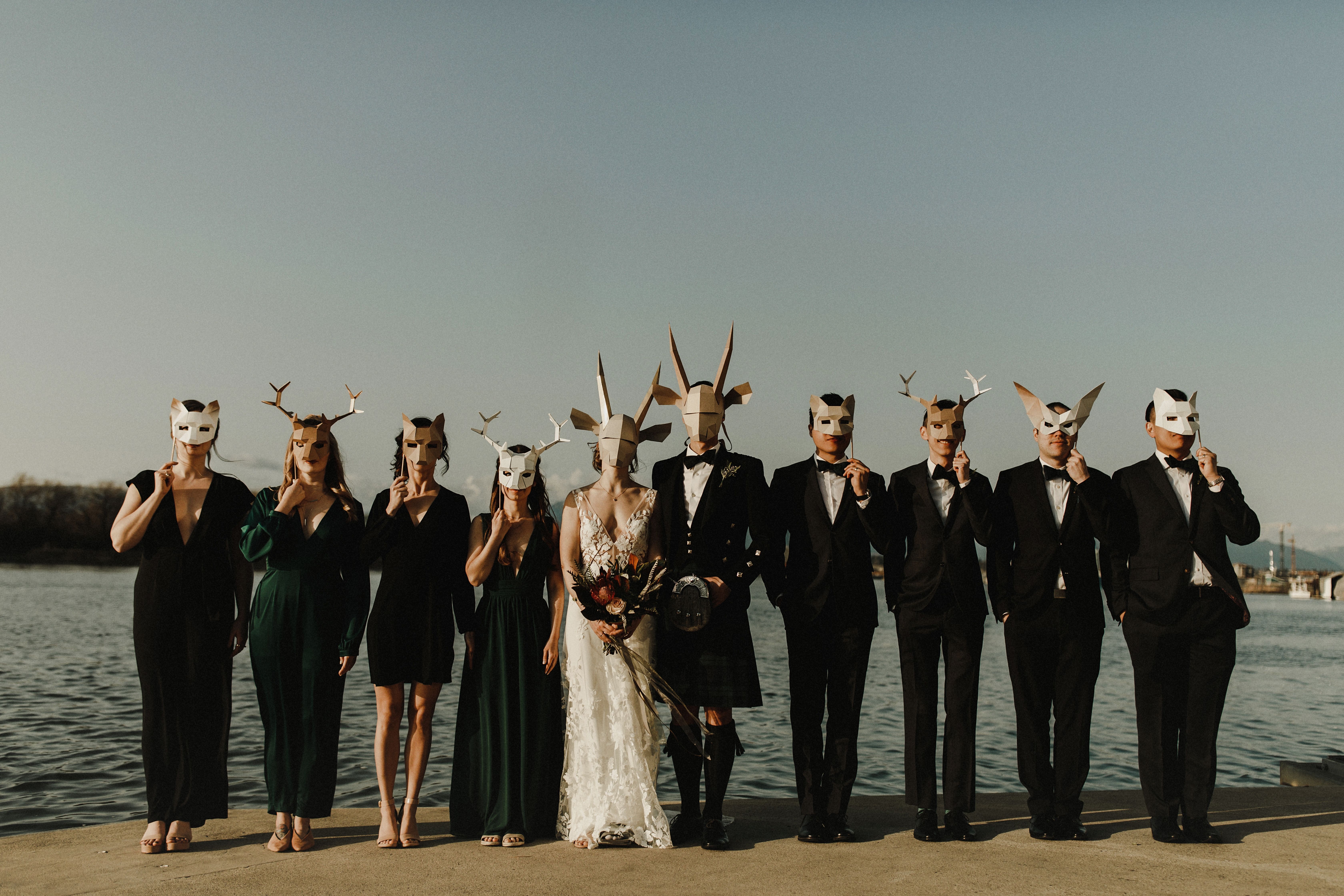 As you are the Moon of his life, he shall be your Sun and Stars – Game of Thrones Wedding

Hi everyone! For Throwback Thursday, I wanted to share a very special wedding that I worked on with one of my favourite couples, Kimisha and Aja. They are the coolest people and I was incredibly happy to have had the honor of being their wedding day of coordinator. The wedding venue was the legendary UBC Boathouse, one of the most popular wedding sites in Vancouver and the lower mainland and it took place during Spring Break in March of last year. I’ll be writing a review about this venue in the next few weeks so keep a lookout when it gets posted.

Kimisha and I go back a long way. We attended the same elementary and high school and also lived in the same neighborhood (Literally 2 blocks away). After graduation we attended different schools and never bumped heads after that. Fast forward 5-6 years later and he’s the groomsman for one of my clients and his girlfriend, a groomslady. Fast forward another year later I receive a text in which he had asked me to be their wedding coordinator! Aja also went to the same highschool but we were in different programs so I had never officially met her. I wish I did because she is seriously one of the coolest badass ladies out there! She’s also a teacher so I wasn’t surprised to learn that they had booked out a school bus as their mode of transportation on the wedding day.

Two days before the wedding on the morning of the rehearsal night, Aja sent me a text: “Hey, so I broke my foot 2 days ago playing basketball so I’ll be in a boot on my wedding day.” A few things went through my mind at the time but none of it was related to how she broke her foot, or how she would look in one with her wedding dress or anything like that. Instead, I had pictured her rocking the boot really well and also wondered what sorts of things she would conjure up to work around this new fashion piece.

The wedding had many references from the Game of Throne series and unfortunately, I had zero knowledge about any of this at the time. I googled, read blogs, and clicked images to get a general feel for this theme because I didn’t have any interest in watching the show (I tried but I just couldn’t get into it). The table centrepieces really suited the space. It comprised of 3 handcut wooden blocks as candle holders alongside gold painted dragon figurines and a GOT character(s) as their table identifiers. The bride also handcrafted theseAMAZING animal masks out of cereal boxes that were out of this wooooorld! They were perfect in every way and I couldn’t find a flaw in any of them. Way to go teacher skills!

Other unique elements of their wedding included a giant shuffleboard that they had rented from Houle Games, a lip syncing battle as their first dance, and a hilarious game of Pictionary. We also couldn’t forget that in admiration of the bride’s Scottish background, Kimisha modelled a handsome looking kilt all day and a family friend had played the bagpipes for their song down the aisle. It was so hard for me to pick only a few select favourite photos from this day because every.single.darn.photo. was so good. Shari and Mike blew it out of the park with this one (not like they never do) and I can never stop gushing about this wedding. Scroll down to see all the beauty captured on this special wedding day.

Credits to the amazing team that made it happen:

Caterer: Boy with a Knife Catering 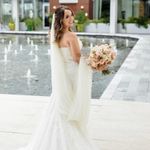 Leslie was organized, efficient, worked with what we wanted, easy to communicate with, and so lovely to work with. I wouldn't have wanted anyone else to plan our wedding! She is super knowledgeable about all of the best deals and vendors in the area and was able to create our dream vision with our budget. She took a lot of things off our plate with handling the vendors and everything on the special day making it stress free. On top of taking on all of these responsibilities, she was always so quick to respond. Leslie is the best and we will miss working with her! 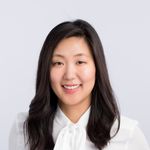 Leslie helped to ensure our wedding day was amazing. She is attentive, responsive, flexible, and always smiling. Working with her was a pleasure and we'd highly recommend working with her. My husband and I were able to just enjoy the day while she took care of all the details on the day of, guiding us with a smile and always showing her caring attitude. As the day passed by me as a blur, I remember Leslie always busy working to make sure the details were perfect. Very grateful to have found her and for the work and love she put into our wedding. Thanks Leslie!